From phyphox
Jump to navigation Jump to search
Spring 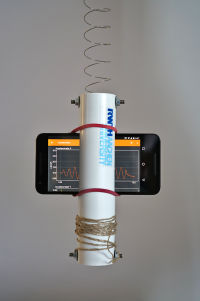