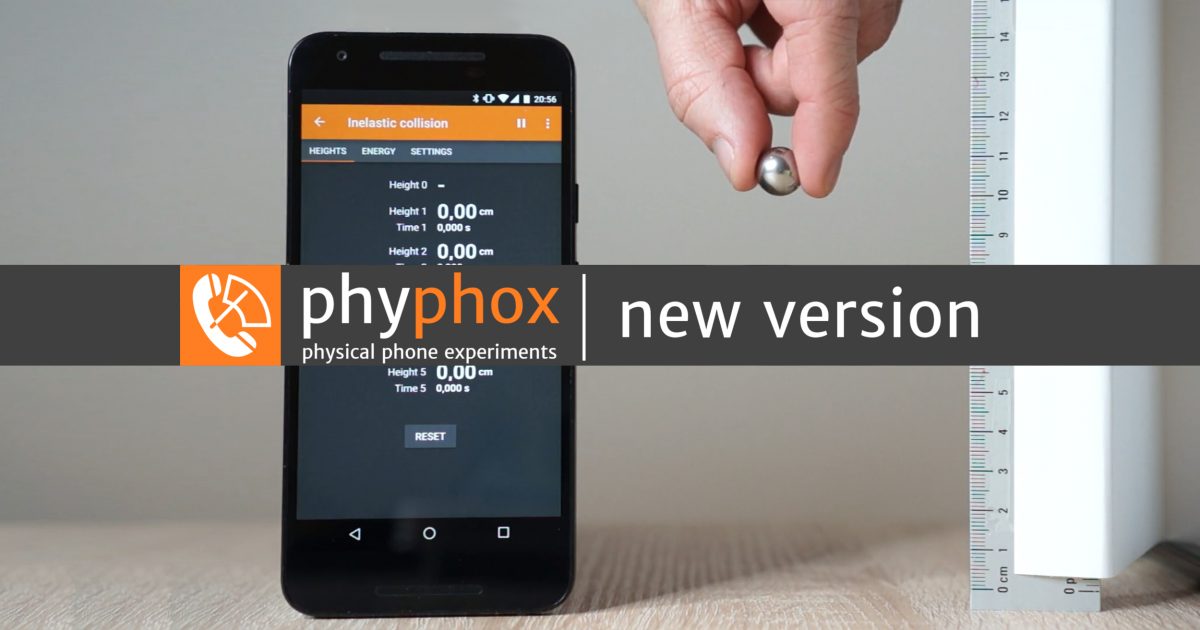 Again, this is not yet the big update announced a while ago. But there have been so many minor fixes, improvements and new ideas, that it’s time to publish another minor update. The sum turns out to be an update which is not so small after all, so let’s have a look at a few highlights…

This amazing experiment has been suggested to me by Mirko Zeppmeisel, a physics teacher from Munich. It is based on the acoustic stopwatch and analyses the sound from a bouncing ball. From the timing of these collisions the experiment derives the initial height, the maximum height between the bounces and the ratio of energy preserved on each collision.

The basic sensor experiments don’t have a rate limit any more and work at the maximum rate supported by your device. The downside might be, that these experiments hence have become more device specific and the amount of data might be heavy on slow phones, but many have asked for this and it might be worth a try. Also, these experiments now give the absolute value of the 3D data as well.

The oscillator experiments “spring” and “pendulum” have a new tab, which plots the amplitude vs. frequency. This way you can directly measure the resonance of a driven oscillator (there will be a video on this soon). Also, the pendulum experiment has yet another new page, which allows you to determine the length of the string of the pendulum. So, instead of calculating g for a given string, you can assume g = 9.81 m/s² and calculate the length.

The elevator experiment now shows the acceleration from the accelerometer along with the height and velocity from the barometer.

So, this is just a quick reminder that there will be a smartphone physics event on 11th and 12th of March at the phaeno in Wolfsburg. Now with a link to further details on their website (in German).

In this short video we demonstrate a simple emthod to measure the speed of sound with just two phones and a tape measure.