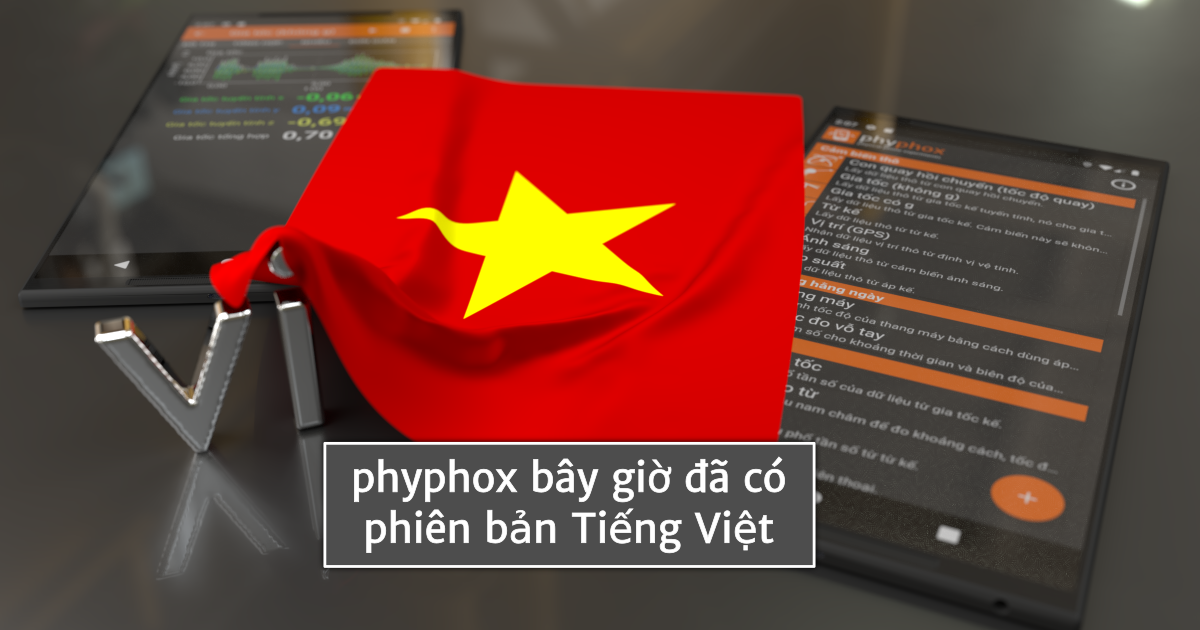 There is one more addition introduced with phyphox 1.1.0, which we would like to highlight separately as we were afraid that it might be overlooked among all the new features: The Vietnamese translation created by Nguyen Truong Vu from Phoenix Education in Hue. Thanks a lot for helping us to offer our app to users around the world! 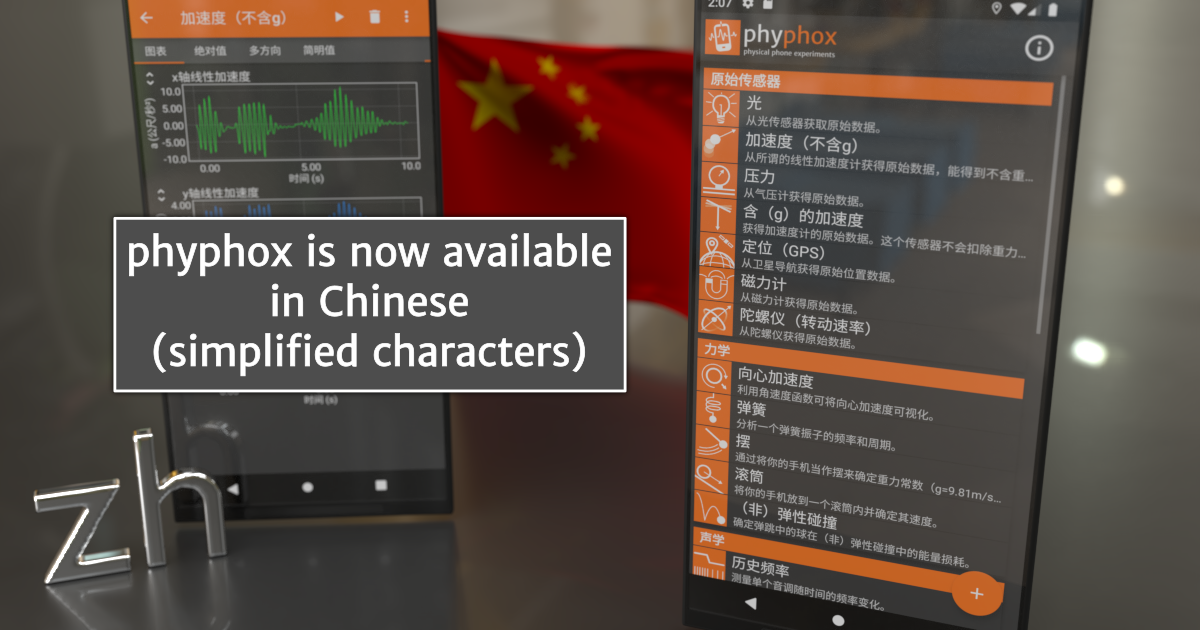 Phyphox 1.1.0 did not just introduce a ton of new features but also several translations which we feature separately to give due credit to our translators. One of these translations is Chinese (with simplified characters, to be precise) provided by Changcheng Ju (Nanjing University). Thanks a lot for your help! 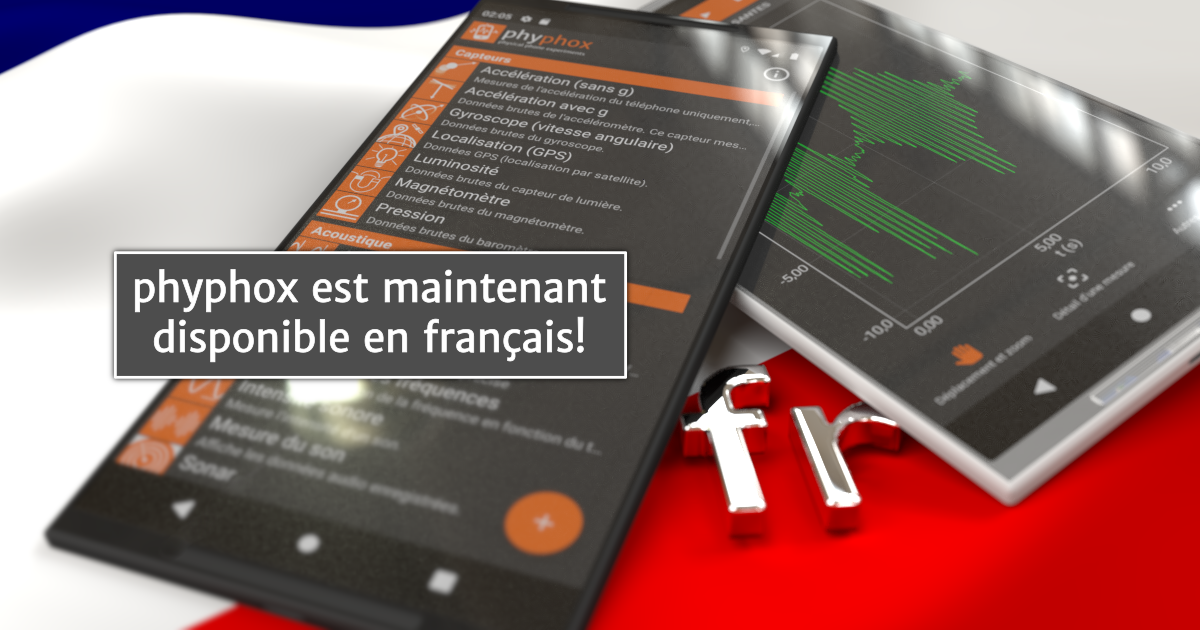 French-speaking users certainly have already noticed that we have released the French translation with Monday’s update to version 1.1.0. Still, we wanted to post a separate news entry to thank our voluntary translators for their help to translate phyphox into their language as the French translation was provided by Julien Basset (Université Paris-Sud), Frédéric Bouquet (Université Paris-Sud) and Ulysse Delabre (Université de Bordeaux). 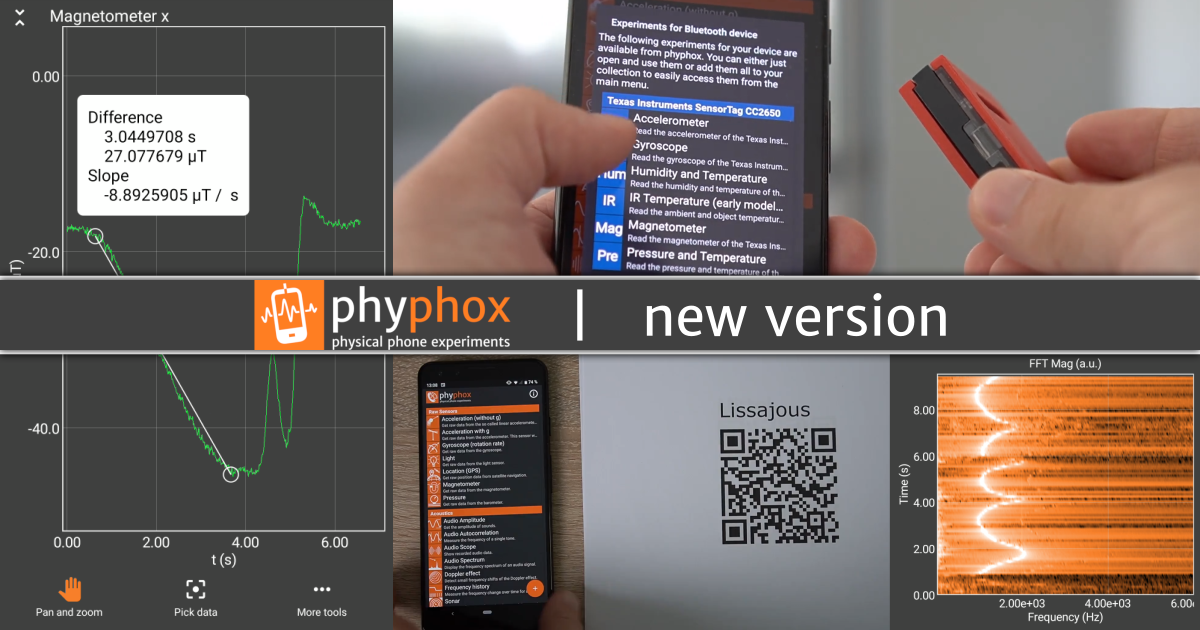 Finally, after much more time than anticipated, the big update has been released: Version 1.1.0

We could write entire articles on each of these and there are so many more improvements and small details… Well, here is a video with a quick overview of the big ones.

If this is not yet enough for you, here is the full changelog: