Our third home lab challenge is about beat frequencies. Post your results and questions as well as images and videos of your setup on Twitter or Facebook under #homelabchallenge.

Today we challenge you to experiment with pressure. Post your results and questions as well as images and videos of your setup on Twitter or Facebook under #homelabchallenge.

We decided to create a little series with experimental challenges to do at home. Post your experiment, results or questions on Twitter or Facebook under #homelabchallenge. 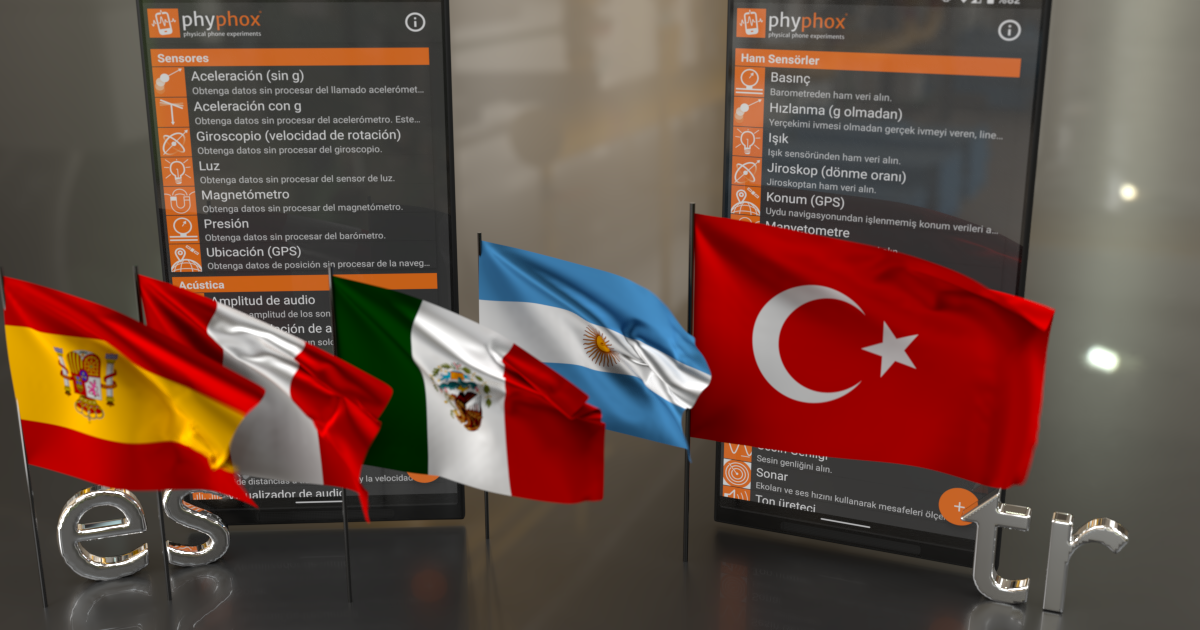 The ars legendi faculty award for excellent academic teaching in mathematics and science is being awarded for the seventh time by the Stifterverband, the German Mathematical Society (DMV), the German Physical Society (DPG), the German Chemical Society (GDCh) and the society biology, bio sciences and bio medicine in Germany (VBIO). This yearly award is selected in the categories bio science, chemistry, mathematics and physics. It is the latter one, in which Professor Christoph Stampfer and Dr. Sebastian Staacks from the 2nd Institute of Physics and Professor Heidrun Heinke from the 1st Institute of Physics of the RWTH Aachen University received this year’s award for developing and disseminating the physics app “phyphox”.

By developing and continuously improving this app, the team permanently improved physics education in schools and academic teaching worldwide. By transforming common smartphones with their extensive sensor capabilities into powerful miniature laboratories, phyphox creates entirely new possibilities for teaching physics. Students of classical lectures can be drawn into an active role by contributing to experimentation that originally was only done as a demonstration on stage.

Here are two topics that are entirely unrelated:

The positive one is that I would like to share with you some great open educational resources (OER) on global navigation satellite systems and the atmosphere from a project called TRYAT (“TRack Your ATmosphere”) by the OSZ Lise Meitner school in Berlin. The material is in English, includes some phyphox activities and can be found on their website as “Intellectual Output 3: GNSS and Atmosphere”.

The unrelated bad news is that several events have been cancelled due to the coronavirus outbreak. For the upcoming weeks, we will unfortunately not have a chance to meet at the Sinus-Congress in Bochum, the JuLe-meeting in Berlin and the DPG spring meeting in Bonn, as all three have been cancelled.