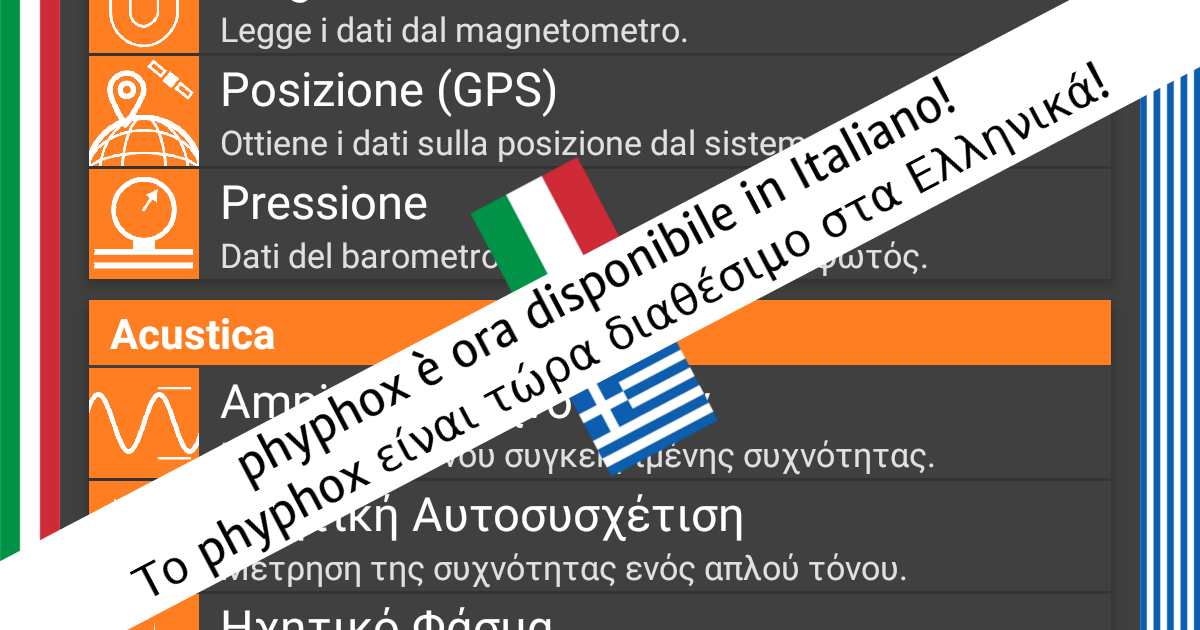 With version 1.0.13 we have another minor translation update introducing Italian and Greek, created by Giovanni Organtini and Κωστής Χαλκιαδάκης (Costis Chalkiadakis). If you would like to help to translate phyphox into your language as well, check out our languages page for more information.