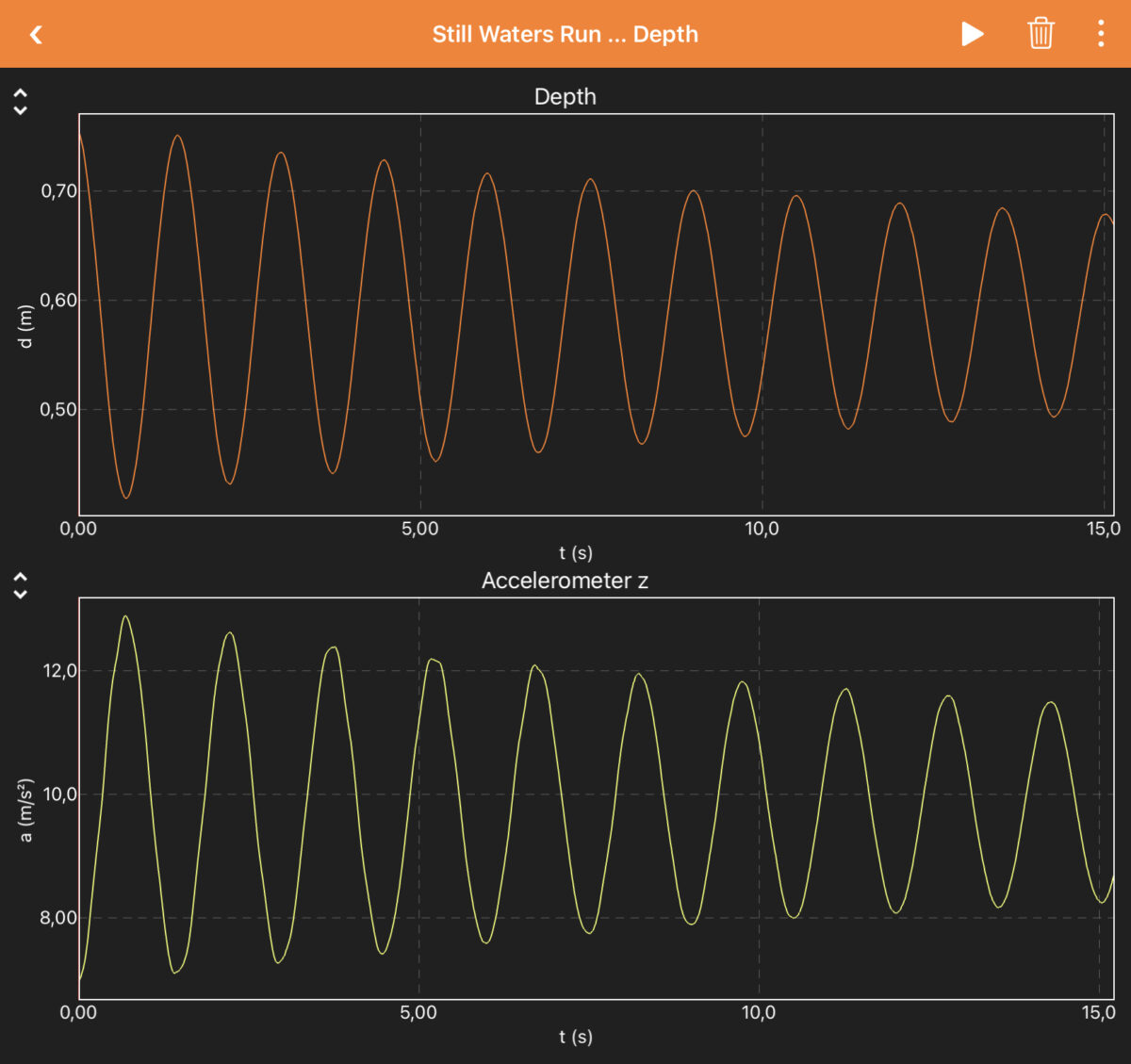 A LiDAR (Light-Detection And Ranging) scanner is included in Apple’s Pro handhelds since a first announcement in March 2020. The LiDAR Scanner included in the back camera system measures distances to objects inside its reach and up to 5 meters away. A tweet of @iPhonedo shows it in action.

The current phyphox release 1.1.10 supports a “depth” sensor based on the LiDAR scanner. The sensor gives a mean distance (“average”), a nearest (“closest”) or “weighted” in a defined portion of the standard camera view (20%×20%, centered). An average of distance measurements inside Apple’s framework is the phyphox default and could be switched off.

Work on the 3D ToF (Time Of Flight) sensor in some Android devices is also finished and has been tested on a Samsung G10 5G. Any further success stories in this regard are appreciated… 😉